Leonardo Fibonacci was the greatest mathematician of the Middle Ages.

Fibonacci introduced to Europe one of the greatest mathematical discoveries of all time: Decimal System

-After the first several numbers in the sequence, the ratio of any number to the next higher is approximately 0.618 to 1 and to the next lower number approximately 1.618 to 1;
– .618 (or its invers, 1.618) is known as The Golden Ratio;
-Nature uses the The Golden Ratio in its most intimate building blocks and in its most advanced patterns, in forms as minuscule as atomic structure and DNA molecules to those as large as planetary orbits and galaxies.
-If life has form, then human progress, which is part of the reality of life, also has order and form.
-By extension, the stock market, which values man`s productive enterprise, have order and form.  All technical approaches to understanding the stock market depend on the basic principle of order and form.
-You can observe that the stock market operates on the same mathematical basis as so many natural phenomena.
-The essential structure of the market generates the complete Fibonacci Sequence and reveals that man`s collectively expessed emotions are keyed to this mathematical law of nature.
-The same law that shapes living creatures and galaxies is inherent in the spirit and activities of men.
-Because the stock market is the most meticulously tabulated reflector of mass psychology in the world, its data produce an excellent recording of man`s social psychological states and trends. This record of the fluctuating self-evaluation of social man`s own productive entreprise makes specific patterns of progress and regress. As the activity of social man is linked to the Fibonacci Sequence and the spiral pattern of progression, it is no exception to the general law of ordered growth in the universe. The stock market is no exception, as mass behaviour is undeniably linked to a law that can be studied and defined. The briefest way to express this principle is a simple mathematical statement: „The Golden Ratio (.618)
The Golden Section: /––-/––––––/
Any length can be divided in such a way that the ratio between the smaller part and the larger part is equivalent to the ratio between the larger part and the whole. The ratio is 0.618 (Golden Ratio)
Plato considers Golden Ratio (0.618) and the resulting Golden Section the most binding of all mathematical relations, and considers it the key to the physics of the cosmos.
Kepler said the Golden Section described virtually all of creation and symbolized God`s creation.
Newton had the Golden Spiral carved on the headboard of his bed.
Pythagoras chose the five-pointed star (in which every segment is in Golden Ratio to the next smaller segment) as the symbol of his Order.
Bernoulli directed that the Golden Spiral be etched into his headstone. 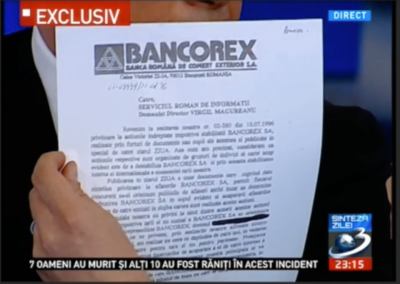